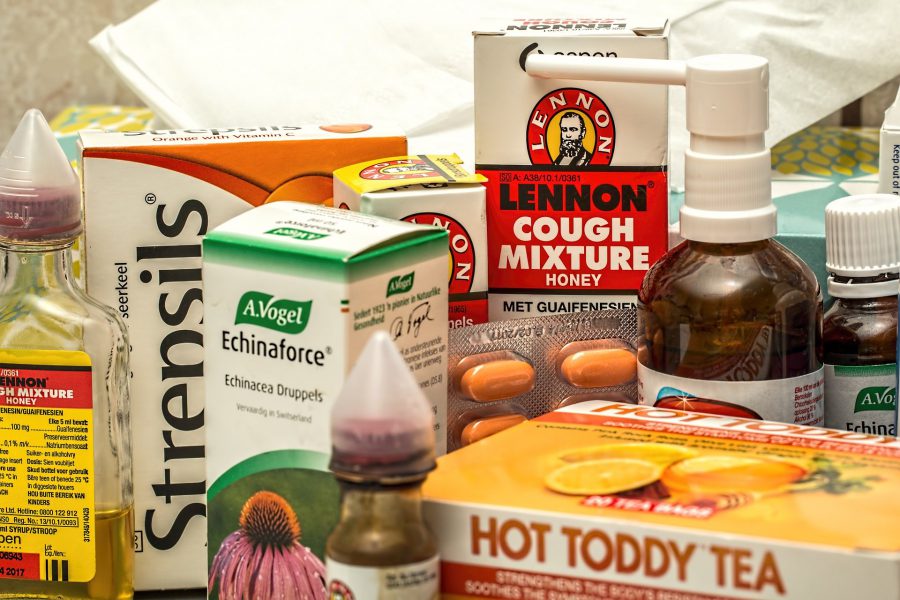 Confidence is an issue for a lot of men and when I wasn’t feeling well recently, I got thinking about whether terms such as ‘Man Flu’ (and the other common one ‘Man Up’), really can have an impact on the way men feel about themselves.

It started as I was walking up a steep hill I walk up on a fairly regular basis, I noticed that I was finding it harder going than usual.  I felt a bit sweatier than I normally would and when I arrived at where I was going to, I felt that I had walked for more like 2000 minutes than 20 I had actually walked.  I usually have a pretty good appetite but I didn’t feel as hungry as I normally would and although I did eat, I felt like I wanted to go to sleep as soon as I had finished the meal.  Shortly afterwards, I noticed that I could really feel my hips, knees and back and then in it ocurred to me – I must be coming down with a cold!

A goal should scare you a little and excite you a lot – Joe Vitale.

Later on that night, I woke up with a blocked nose and feeling quite sick.  My other half had work the next day, so I decided to go and sleep in the other room as I didn’t want to keep her up all night as I would probably be snoring because I couldn’t breath very well.  I really felt awful.

When I woke up in the morning I wasn’t feeling any better and I immediately started to think about the 101 things I needed to do that day, things that I was sure wouldn’t get done because I simply didn’t have the energy because I was now fighting an awful cold.  Then I thought to myself “is this the so called ‘man flu’? I then began to question whether I was really ill or not and whether I was just being ‘a sissy’ or ‘a pussy’.

I thought, I feel terrible but it really bothers me that I might be judged for suffering at the hands of an infectious disease! And why should we be made to feel this way? Is it so wrong to simply feel unwell? It started to make me wonder how much damage to your self-confidence a phrase like that can have and the anxiety it can cause.

I’m a ‘wimp’ because I have an infection?!

Since recovering from the ‘Wimpy Man Syndrome’ (yep, I read an article by an American doctor and it is actually known as that in some parts of the world), I thought I would do some research and see if there was any truth in whether men were more affected by cold and flu than women and there is so evidence to support this theory.  According to Professor Kyle Sue, a clinical assistant professor in family medicine, who published a study in December 2017, men were more likely to be affected by the flu, than women.   The study showed that:

So it would seem that there is evidence to support that men are more likely to suffer from cold and flu symptoms than women and women are more able to cope with the affects than men, hence why men may feel worse than women when they contract the cold or flu.

But even if there wasn’t any evidence, why do we ridicule men who don’t feel well? Why is it shameful not feel great and pretend everything is “fine”? Do some men lack confidence in themselves because of terms like this?

It is not in the stars to hold our destiny but in ourselves – William Shakespeare.

I personally have no idea whether the evidence mentioned earlier is true or not but more to the point, even if it is true, I highly doubt it would change most peoples reactions to a man who says he has a cold.  Men are criticised for not sharing their feelings yet with a culture who ridicules you for “not feeling great” it is understandable why we keep a lot of our thoughts, feelings and emotions to ourselves.

Why don’t we ignore the opinions of others and just be ‘unwell”?

With the perception in mind that we are going to be laughed at or thought as being “less of a man”, it’s easy to see why many men will hide how they are feeling, dose up on cold and flu tablets and carry on “as best as they can” but would it be so awful to simply say “I’m not feeling very well”? Do we have enough confidence that we won’t be laughed at? We fear the reactions of others because we are conditioned by society to act and behave in particular ways and in the case of men, we are conditioned to not admit to feeling ill because of fear of ridicule.  If men are taught that illness equals weakness, how many men are going to say “yeah, I have man flu, I’m weak because I’m ill”?! Not many.  As I’ve said in previous blog posts, communication is so important.

When we start to communicate our thoughts, feelings and emotions to others, it gets easier.  We when men start to recognise that illness isn’t a sign of weakness and talk about whats wrong with us, then self confidence will naturally grow but shaming men with sexist phrases isn’t exactly going to encourage anyone, is it?

Listen, smile, agree, and then do whatever the fuck you were going to do anyway – Robert Downey Jr.

Without getting too scientific, as you learn to communicate your feelings, neurons kept in the area of your brain that’s storing your existing communication skills would send electrical messengers down the axons to the cell’s centre where it is then routed to a particular group of connected dendrites which would then release a chemical messenger to the new targeted group of neurons that are located next to it.  New neural pathways begin to be formed to acquire and store the new communication skills. These new pathways become stronger the more they are used, causing the likelihood of new long-term connections and memories.

The more we practice, the better we will be at it.  The more you tell people how you feel, the more they will get used to you doing so.  It’s nothing to be ashamed of.  Put it this way, would people shame a man who found a lump on a testicle and wanted to tell the doctor? Most people would be telling him to make an appointment asap. But if the same man had never been able to express his feelings, what chance does he have? If he’s never practiced telling people close to him that he isn’t well (like he has a cold!) then is he likely to tell a relative stranger? If he doesn’t know how to say “I’m feeling frightened, I don’t know whats going to happen to me”, then he probably won’t.

By ending the use of terms that make people feel ashamed of how they feel, we can get men to open up about how they feel and build their confidence in themselves and allow the real self to come out and erode the self which needs to hide behind the macho facade that pretends “everything is ok”.

On a final note, Guys, if you don’t feel well, it’s okay to say so.  Listen to whats going on inside, your feelings are there to help you.  If you need some help making yourself heard or want to learn to listen to yourself and not be afraid to be the real man you are and feel that talking to a counsellor would benefit you, get in touch.  I can help you improve your confidence!

I can help you need find your confidence .

I can help
confidence