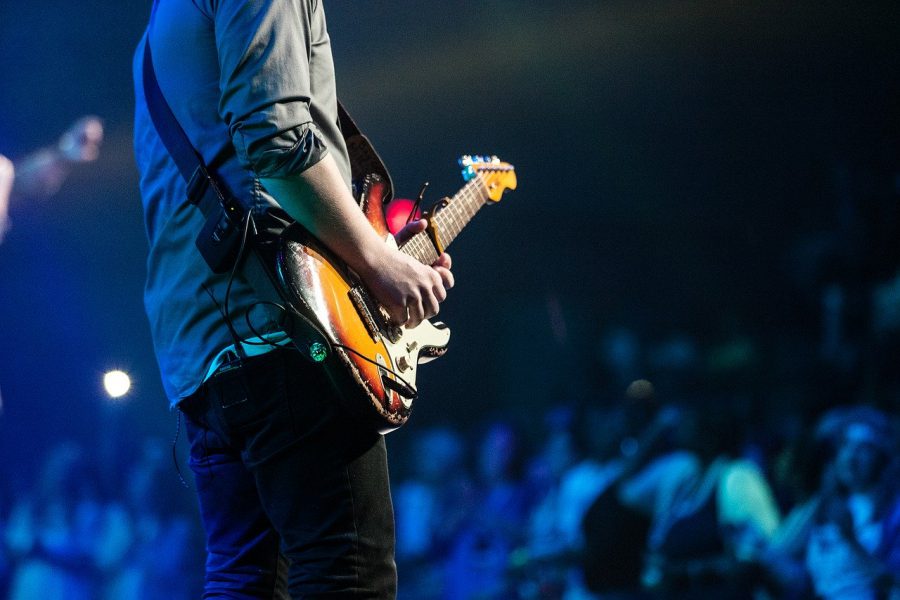 I read an article today about the pop star, Olly Murs and his battle with anxiety. He talks about a mistake he made on the tv show ‘X Factor’ and how he found counselling had helped him get over the anxiety of making the mistake again.  He talks about how he was struggling with negative automatic thoughts such as “Why am I doing this? I can’t do it. What if I go and say something bad again on TV? What if I make a mistake?”, when he was offered a role on another show ‘The Voice’.

According to Olly (calling him ‘Olly’ sounds like I know him, which feels a bit strange), he was the target of ‘online trolls’.  While I couldn’t tell you about the levels of abuse he experienced, it demonstrates how heavily we can be affected by the thoughts, feelings and opinions of others. Murs goes on to say (calling him Murs isn’t any better, it sounds like I don’t like him either!) “And I made myself ill, literally ill. Sick with worry and anxiety to the point where I was home for three or four days with sweats, headaches, and I never get ill. I felt really tired and lethargic and hot and my heart was, I was having panic attacks”.

Our greatest glory is not in never falling, but in rising every time we fall. — Confucius

This man was affected so badly, his anxiety levels spiralled out of control to the point he was physically sick. And yet, he had probably not met any of those people who abused him and likely never will. So what was going on with Olly Murs and why did these people cause him so much anxiety? I should point out here, I don’t know a lot about Olly Murs and I’m only working with the information I have but as human beings, we are constantly taking in “data” from our “perceptual field” such as what our friends think about what we are wearing, who likes the music we like, who makes me feel angry, who makes me feel happy, etc etc and what we do with this data is where the “problem” can occur.

To understand why the opinions of others can cause us so much anxiety, we have to go back to childhood. We learn at a very young age how to “get our needs met”. For example, babies quickly learn that if they cry when they are hungry, someone will come and feed them. A baby gets its needs met by crying until somebody comes and feeds them. The baby learns that each time they cry, they will be fed.

As a baby learns how to get milk, young children learn what gets them into trouble and what doesn’t. A child will learn what it will get praise for and what it doesn’t get praised for. If we get a good score in a test, we get praise. If we kick a football through a window, we get into trouble. And it’s usually in childhood we find the root of our problems and the causes of much of our anxiety. If a child learns that the best way to avoid getting into trouble is to do what their Mum or Dad says (or primary care giver to be totally inclusive) then this is often a learnt behaviour which is carried into adulthood.

A star is born!

Many performers in the public eye or “celebrities” find this “skill” very useful. By learning to please Mum and Dad they get praise. If they are a talented singer for example, they will find they get praise from lots of other people too. They quickly become known as “the child who is really good at singing” and this is either incorporated into the persons self concept or not. In the case of a performer, it would most likely be taken in and becomes part of their self; a star is born! The problem or so it seems like to me it is in Olly Murs’ case, is that he didn’t know what to do with the criticism. And when I say he didn’t know what to do with it I mean he didn’t know how to incorporate it into his self concept.

Hard times don’t create heroes. It is during the hard times when the ‘hero’ within us is revealed. – Bob Riley

While I’m only speculating here, maybe there was a time in his childhood when he found a way to get his needs met by entertaining people. Maybe that was singing or dancing or making people laugh. It is possible he found that he was given attention by making people take notice of him and he enjoyed the confidence he got from it. We could speculate that there’s part of him thats not so sure of himself and not so confident and when the internet trolls said things that didn’t “fit” with what he usually heard about himself, that didn’t fit with his self concept of a confident man, he found it incredibly hard to accept and couldn’t incorporate it into his self concept, otherwise known as an ‘introject’.

We all need to be like Rambo, don’t we?

I think most men out there can probably relate to how that feels. When I was a child, I used to watch tv shows like ‘the A-Team’ with B.A (Bad Attitude) Baracus, ‘He-Man’, ‘Thundercats’, WWF/E Wrestling’ and movies like ‘Die-Hard’, ‘Rambo’ and ‘Predator’ all which featured macho heroes who saved the day! All big strong guys with lots of confidence and no sign of anxiety!

Too many of us are not living our dreams because we are living our fears. – Les Brown

This made me think all guys were “macho” and if you weren’t saving the world, there was something wrong with you. If you lacked confidence you weren’t a “real man”. I found it really difficult to accept if anybody said anything about me that could be deemed “feminine” or touched on my emotions.  Another problem was I found it really hard to take any praise for anything that I didn’t consider to be masculine and found it even harder to tell people how I felt for fear of being “a sissy”. I certainly couldn’t tell anyone I was lacking in confidence or I felt anxiety about something!

There’s no way He-man had anxiety, did he?

As I got older, I really struggled with my own sense of self. I wasn’t built like a truck with huge rippling biceps and I wasn’t a member of the SAS! My confidence was really lacking but couldn’t admit it. I noticed lots of things made me anxious but I wouldn’t tell anyone. I really struggled to accept myself for who I was. And this is where counselling can help. We take the opinions of others such as our parents, friends, relatives, tv, magazines, movies, social media etc and we use the information provided to us to get our needs met.

In my case, I thought that because I saw a lot of machoism on tv that was what the world wanted me to be; a confident man who never talked about his “feelings” because nothing worried him enough to have to. When I couldn’t be what I thought I should be, it caused psychological tension with the real me; my authentic self and this resulted in a great deal of anxiety.

My authentic self just wanted to be me and the me who wanted to play video games and kick a football around, not join the army and fight in a war I didn’t agree with the politics of (Iraq)! It took time and a lot of counselling but eventually I learn’t that counselling can be for me and men can ask for help without having to fear being called “weak” or “girly”.

Believe in yourself. You are braver than you think, more talented than you know, and capable of more than you imagine. ― Roy T. Bennett

If you feel a sense of anxiety about who you are and feel as though you “lack confidence”, I’ve been there. I know what it’s like and I know what it takes to accept yourself. I can help. If you’re looking for a counsellor who understands and can put themselves in your shoes and feel how you feel, get in touch.

If you need help with anxiety, I can help

I’ve helped many men with anxiety and I can help you too.

Confidence (and why men don’t find it at the gym)