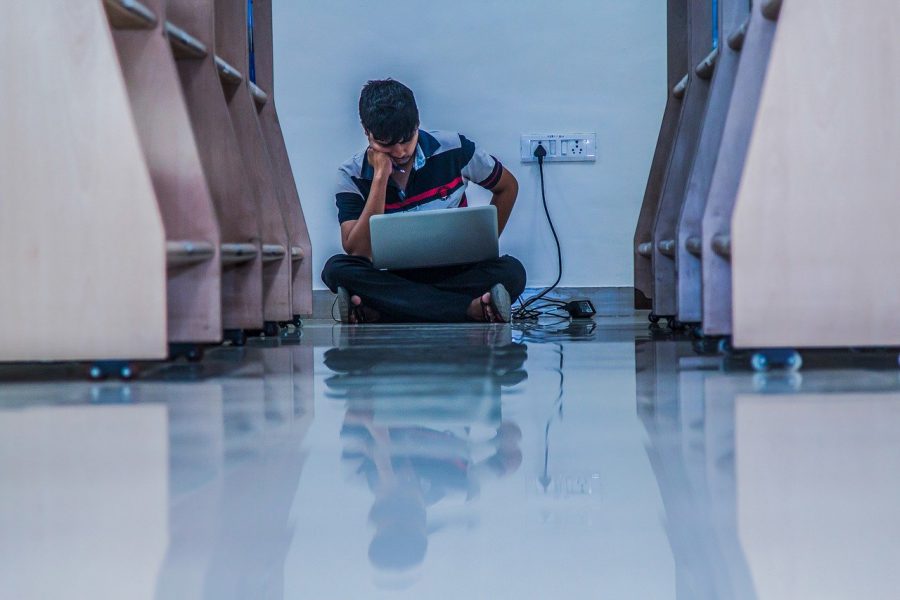 As a counsellor who has worked with dozens and dozens of young people, from 7 years old and upwards and worked with organisations such as Kooth, the Scout Association, the YMCA and the Army Cadet Force (ACF), it never ceases to amaze me how many young people are affected by social media and how complicated life has become for people since the advent of platforms such as Snapchat, Twitter, Facebook and Instagram.  Anxiety is just one of the many issues caused by social media for teenagers and children, in the 21st century.

Ironically, while I was looking through my Twitter feed, I came across an article that reported the number of young people in the UK who say they do not believe that life is worth living, has doubled in the last decade, amid a sense of overwhelming pressure from social media which is driving feelings of inadequacy, new research suggests.

All our dreams can come true, if we have the courage to pursue them. – Walt Disney

The article went on to talk about the rapid rise in young people who were unhappy with their lives.  In 2009, only 9% of 16-25-year-olds disagreed with the statement that “life is really worth living”, but that has now risen to 18%. More than a quarter also disagree that that their life has a sense of purpose, according to a YouGov survey of 2,162 people for the Prince’s Trust (who do an incredible job), a charity that helps 11 to 30-year-olds into education, training and work. Youth happiness levels have fallen most sharply over the last decade in respect of relationships with friends and emotional health, the survey found, while satisfaction with issues like money and accommodation have remained steady.

The Prince’s Trust has been gauging youth opinion for 10 years and found that just under half of young people who use social media now feel more anxious about their future when they compare themselves to others on sites and apps such as Instagram, Twitter and Facebook. A similar amount agree that social media makes them feel “inadequate”. More than half (57%) think social media creates “overwhelming pressure” to succeed.  Anxiety has become a real problem for young people.

The gloomy view on life being taken by a growing minority of young people comes amid reports of an increased rate of teenage suicide. It was reported on Sunday that official statistics due later this year will show that suicides now occur at more than five in 100,000 teenagers in England. That contrasts with a figure of just over three in 100,000 in 2010.

“Social media has become omnipresent in the lives of young people and this research suggests it is exacerbating what is already an uncertain and emotionally turbulent time,” said Nick Stace, UK chief executive of The Prince’s Trust. “Young people are critical to the future success of this country, but they’ll only realise their full potential if they believe in themselves and define success in their own terms. It is therefore a moral and economic imperative that employers, government, charities and wider communities put the needs of young people centre stage.”

There were positive feelings about social media too. A third of people said being on social media makes them feel like they can have a voice for their generation and influence positive change, and more than a quarter said it made them happy. However, playing sport (44%), earning enough money to live how they want (62%) and spending time with family (77%) were more likely to drive happiness. Four out of 10 young people said they felt more confident online than they do in person, but that rises to almost half among the youngest age group, 16 to 18-year-olds.

It does not matter how slowly you go as long as you do not stop. – Confucius

The findings follow public pressure on the government to toughen the regulation of social media companies, which use algorithms to target users with tailored content. Government Ministers have asked the chief medical officer, Dame Sally Davies, to draw up advice on social media usage for children amid growing concerns about links between its excessive use and mental health problems among children.

Education secretary Damian Hinds, said at the weekend that social media companies have a “moral duty” to act. He announced that children will have lessons in how to deal with the pressures of social media.

Tskenya Frazer, 24, a habitual Instagram and Twitter user until recently, said she would “feel bad” about her own life when looking at posts from friends about holidays, work promotions, new cars or homes. It also made her question her body image.

“As soon as I woke up I would be on Instagram, scrolling through,” she said. “I would be on a page with a girl with the most perfect body.”

Success is not final, failure is not fatal: it is the courage to continue that counts. – Winston Churchill

The Prince’s Trust creates an index based on happiness and confidence which stood at 73 in 2009. It is now at its lowest level yet at 69.

So with all the statistics and opinion in mind, there is clearly a link between anxiety in young people and social media.  But as we must also realise, social media is a very important aspect of children and teenagers’ lives.  Teenagers and children, use social media for a myriad of reasons such as to simply have fun; Fortnight is an incredibly popular multiplayer online game at the moment and an extension of that too is somewhere for teenagers and children to make and maintain friendships through “chat”, this allows them to share interests as well.

Connecting with other teenagers or children around the world allows them to “meet” others who may have shared interests.  For example a young person who is interested in West Midlands Aston Villa football club but is based in Cornwall, can connect with fans in the local area.  Likewise, a teenager who wants to find a support network for sufferers of eating disorders, can find online groups, research ways of getting help and find out where support groups meet locally.

While we can’t stop the teenager and children from using social media, we can try to alleviate its affects on children and teenagers and help prevent anxiety and other metal health problems.  By talking to young people about social media, we can help protect them and improve their internet safety.

Below are 6 simple guidelines to discuss with your child or teenager about social media.

If you feel like you’re struggling with anxiety because of social media or you have a teenager or child who does, I can help. I know what it’s like and I know what it takes to accept yourself.  If you’re looking for a counsellor who understands and can put themselves in your shoes and feel how you feel, get in touch.