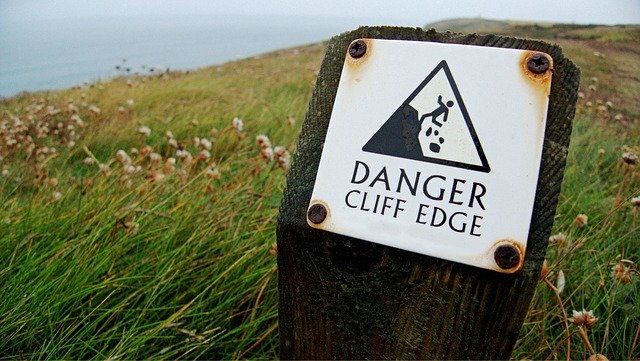 As I casually flicked through my Twitter feed I remember the feeling of sadness at seeing another icon of my youth, Keith Flint of ‘The Prodigy’ had committed suicide.  The feeling instantly took me back to how I felt in July 2017, when Chester Bennington of Linkin Park, committed suicide too.  I was heartbroken.  The music of both The Prodigy and Linkin Park elicit fond memories from my teenage years and fill my head and my heart with thoughts and feelings of an optimistic youth with his best years ahead of him.

This is the gift both Keith and Chester gave to me and I will forever be grateful to their pioneering geniuses.  Gifts given to me and millions of fans around the world who were uplifted by the energy in both their music and their on stage performances and consoled by the poignancy of their lyrics.

When we lose icons like Chester and Keith as well as men like Chris Cornell from Soundgarden and Audioslave to suicide, it brings the subject to the fore and creates discussions but how many men are seeing suicide as a serious threat to both themselves and their families? Suicide is the single biggest killer of men under 45.  Bigger than any cancer.

Suicide claims more lives of British men under 45 years of age than anything else, so shouldn’t we be doing something about it? While suicide affects women, it doesn’t claim nearly as many lives, with the figure being roughly a third of the male suicide rate and yet there is a higher rate of depression diagnosis in women.

So why do more men commit suicide than women?

Well, we can identify several ‘risk factors’ and one of the biggest risk factors I am aware of and a risk factor many of my male clients identify as a major issue, is communication, or lack of it.  We could put it down to women being more “open” and willing to share their thoughts, feelings and emotions, while men “bottle it up” and feel less able to tell their loved ones or friends what “going on for them” but is it as simple and as straightforward as that?

For too long I feel it is true that western society has for generation after generation encouraged men to be “strong” and to not admit when they are struggling but that’s why many of my clients who seek counselling for men contact me because they realise that they do need to talk to someone.  The problem is, by the time they come to me for counselling, they’ve already had many years of experience of not talking about the anxieties.

And its not just how men feel emotionally either.  If there is something physically wrong with a man, they are less likely than women to put themselves into the vulnerable position of asking for help.  The ‘Health and Social Care bill’ found that men visited their GP’s 20% less frequently than women.  It’s not that men don’t have the same issues as women but it’s that men are less likely to share a problem preferring to resolutely say “I’ll be fine”.  This attitude puts men at a greater risk of suicide.

What are the other risk factors?

While it’s not unusual to hear of women in the UK drinking excessively, the Samaritans advise that men are more likely to turn to alcohol to when they are in distress, with alcohol being a known risk factor for suicide.  Another major risk factor of male suicide is employment.  Men are traditionally the “main bread winner” so when unemployment rises as a result of economic downturn, we see an increase in the number of suicides.

A study by Bristol, Manchester and Oxford University, estimated that an additional 1,000 suicides and “30 to 40 thousand” attempts were made as a result of the 2008 financial crisis.  While money worries can understandably contribute to a man considering suicide, the reduction in finances, is the tip of the iceberg.  Simon Gunning, the CEO of Campaign Against Living Miserably (CALM) says “We’re brought up our entire lives to judge ourselves in comparison with our peers and to be economically successful.  When there are economic factors we can’t control, it becomes very difficult.”

What can be done?

What can I do to help someone who may be suicidal?

Do you need to talk?

If you would like to talk to someone, then I can help.