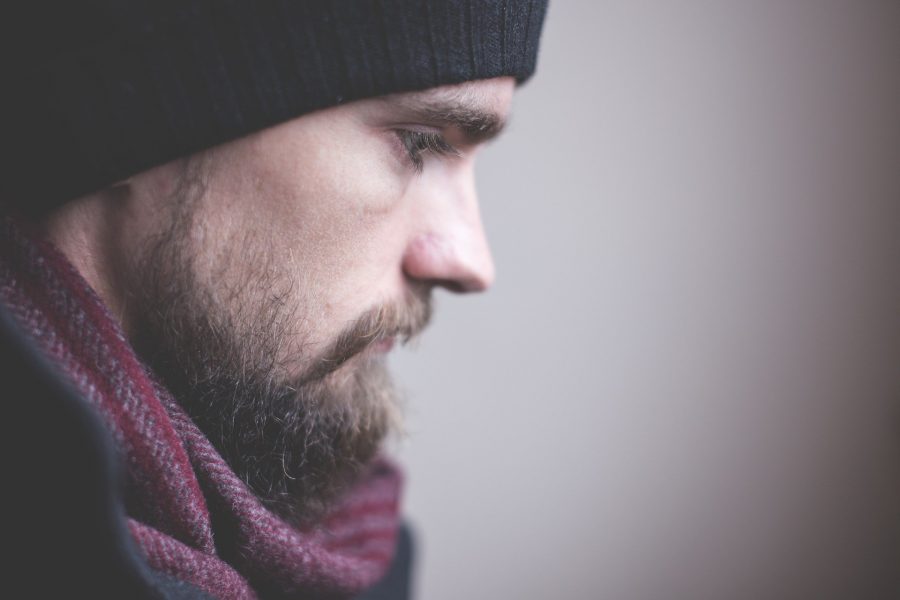 Depression: 4 Answers to Your Questions About Depression

In Anger management, Depression, Self care

Success is not final, failure is not fatal: it is the courage to continue that counts – Winston Churchill

With that in mind and the surge in the number of people suffering from depression in the UK, I thought I would write a post sharing the 4 most common questions I’m asked by men about depression, which I hope will answer some of your own questions about depression and give you a better understanding of what depression is and why it affects so many people.

Depression, also referred to as Major Depressive Disorder (MDD) and Clinical Depression, is a Common Mental Health Problem (CMHP), with 4 – 10% of people in England, experiencing depression in their lifetime. Depression can be described as a feeling of persistent and enduring sadness or hopelessness.

People suffering from depression often lose the desire to participate in activities they once enjoyed and many feel a sense of shame “for being lazy” as a result.

Depression has a link to genetics but just because Mum or Dad suffered from depression, that does not mean you will too. Depression has been found to be linked to many things besides genetics such as trauma and significant life events; losing your job, for example.

What are the symptoms of depression?

And symptoms of depression that are common in men

Unfortunately, there’s no one single cause of depression; losing your job, splitting up with your partner, having a serious illness, being involved in a traumatic event such as a car accident or losing a loved one can all “trigger” depression and in many cases, it’s a combination of things.

For example, the loss of a loved one might leave you feeling upset and down but combined with the ending of a relationship with a partner may leave you feeling as though there’s nobody who cares for you anymore. Stressful events increase the likelihood of suffering from depression.

As mentioned earlier, just because a member of your family suffered from depression, it doesn’t automatically mean you will to. There is, however, a link between depression and genetics but there is more than one factor at play, much like in the example above, meaning that depression isn’t simply caused by one single thing. Your environment, your social surroundings and your own experiences in life will all play a part in how resilient you are to depression.

Another big cause of depression and particularly for men; is drugs and alcohol. “Drowning your sorrows” may seem like a good idea but it can increase the risk of depression. Much like Cannabis, for example. While I’ve heard many men say “it helps me relax”, Cannabis can induce depression, particularly in teenagers.

If you identify with some of the following, you may be suffering from depression.

You feel hopeless and helpless
You’ve lost interest in things you used to enjoy and have cut off from friends.
You’re easily irritated, bad tempered and aggressive.
You’re drinking a lot, have become reckless and have begun self-medicating.
You feel agitated and restless.
Your sleep pattern and your appetite have changed.
You have poor concentration and find it difficult to be productive.
You have negative thoughts that are difficult to control.

Illness, particularly for people with a long-term illness or perhaps a life-threatening illness, such as cancer or heart disease, has a greater risk of suffering from depression.

Something that seems to be under recognised in depression is the impact of head injuries. Not only can the trauma of the injury induce low mood but in severe cases, head injuries can exacerbate emotional problems and trigger mood swings.

Hypothyroidism or an underactive thyroid as it’s commonly referred to can itself lead to extreme tiredness or a loss of interest in sex, which can exacerbate and induce depression.

“Suffering has been stronger than all other teachings and has taught me to understand what your heart used to be. I have been bent and broken, but – I hope – into a better shape.” – Charles Dickens

What helps with depression?

There are several things you can do that will help with depression. Depression is manageable.

Try to build a positive habit of calling/chatting on a regular basis. It doesn’t have to be the same person; what’s important is that you keep connected to others. Remember, they’re probably feeling lonely too and will probably welcome somebody “just saying hi” and thinking of them.

Again, it’s tough to get the exercise we need at the best of times but it’s even harder when we’ve been through a period when we’re only allowed to leave our homes once a day for exercise. The most exercise most of us have had over the last 12 months is lifting the shopping into the back of the car! But, exercise is incredibly important for your mental health and will help with depression. Just like keeping in touch, you might not feel like doing it but when you start to get into the habit of exercising, it will pay dividends.

Start small. Getting into a pattern of going for a 20-minute walk will give you the confidence you need to then build up to a 20-minute job perhaps and so on and so forth. Your self-esteem will improve and along with it, your mood.

If you go back to the symptoms of depression above, you’ll notice a lot of similarities with procrastination. If your energy is low or you think “what’s the point” or “I can’t be bothered”, then you’re more likely to procrastinate. The feeling of guilt when we put something off can linger in the subconscious and make us feel down and ashamed that we haven’t done what needs to be done. A classic example is putting off opening the post.

Will power alone might not be enough, so set yourself some short-term, manageable goals to help you get out of the depressive slump. For example, if you feel as though you need to exercise more but don’t have the energy to get started, break it down. Perhaps you haven’t got the energy to go for a run but could you go for a walk around the block? You might not want to hit the gym but maybe you could do 10 press-ups and 10 sit-ups? Once you start achieving goals, it will get easier. Take a look at my previous post (follow the link above) to help you get started.

Your sleep and your mood are very closely linked and depression can often be exacerbated by a lack of sleep or what is known as “poor sleep hygiene“.

“Early to bed and early to rise makes a man healthy, wealthy, and wise.” — Benjamin Franklin

I know it’s difficult with many people spending more time at home these days and many more people working from home but try to use your bedroom for nothing more than sleeping and sexual activity.

If you use your bedroom as a workspace, there’s a possibility you’ll subconsciously link the stress of work with your bedroom, making relaxing and ultimately both falling asleep and having good quality sleep, much more difficult.

I’ve missed more than 9000 shots in my career. I’ve lost almost 300 games. 26 times I’ve been trusted to take the game winning shot and missed. I’ve failed over and over and over again in my life. And that is why I succeed. –Michael Jordan

A poorly balanced diet can leave you feeling sluggish and lack motivation; both of which are symptoms of depression. Consistently eating and consuming sugary food and drinks is going to cause weight gain and a loss of self-esteem; again, these are factors that contribute to depression.

If you eat a balanced diet your mood will improve, you’ll have a better threshold for concentration, you’ll be physically fitter and ultimately, your chances of suffering from depression will be reduced. Here is a handy factsheet that you can download and keep, from the British Association of UK Dieticians.

I hope some of the information here gives you a clearer idea of what depression is, how depression affects men and how you can tackle depression.

If you would like to talk to some, confidentially about managing depression, then I can help.

Help is here
depresseddepressionsymptoms of depressionwhat does depression feel like?what helps with depression?why am I depressed

Push Through the Pandemic With Solid Self-Care Strategies